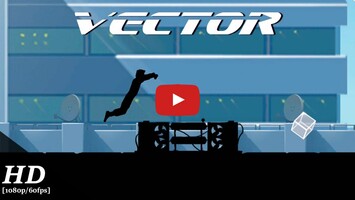 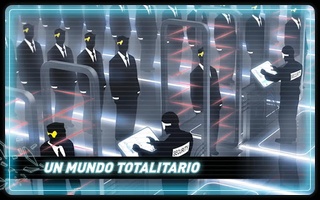 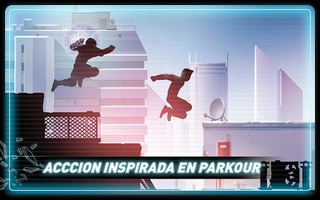 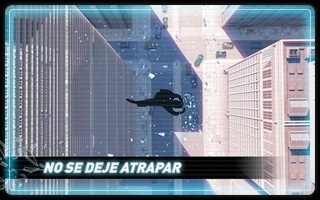 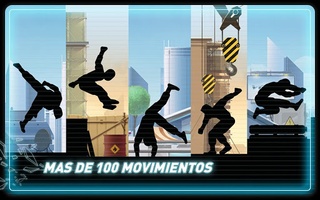 Advertisement
Vector is a two dimensional platform game that can be summed up as a perfect mix of Canalt and Mirrors edge, perfectly adapted for touch screens.

Vector takes its cue, in style as well as the basic concept, from Canabalt, the "endless runner" that popularized the genre. So in Vector, the main objective is to run over a series of rooftops without stopping, tripping up or falling into the abyss, just as in Canabalt. In the same way, the look and feel of both games is very similar.

Vector is a fast moving and enjoyable platform game that, thanks to its more than thirty different levels, will have you stuck to your screen for hours. The gameplay, easy to learn but tough to master, will have you wanting to replay the levels over and over again.
Reviewed by Andrés López Translated by Andrew Lamont
Advertisement

Even after 7 long years, the game has not lost its appeal

It's a nice game n

Temple Run
Run for your life and pick up treasure as you go
Geometry Dash
A platformer to play with just one button
Danger Dash
Don´t stop running and avoid the tigers
Super Mario 2 HD
Amazing fangame based on the Nintendo hero
Red Ball 4
A platformer starring a red ball
Sonic the Hedgehog
The classic. The first. The best.
Sonic Forces
The Sonic characters battle it out online
Sonic Dash 2: Sonic Boom
Put on your sneakers again with Sonic

Office Life 3D
Bills
Okey
An excellent board game where you show your best tiles!
Jungle Marble Blast
A puzzle game that's really similar to the popular Zuma
Gems or Jewels?
Match stones of the same color and beat all the levels
Gaminator Casino Slots
Talking Tom: Gold Run
Run through the streets and collect all the gold
Prado Car Parking
Learn how to park like a true professional
Advertisement